Chitosan has a number of commercial and possible biomedical uses. It can be used in agriculture as a seed treatment and biopesticide, helping plants to fight off fungal infections. In winemaking it can be used as a fining agent, also helping to prevent spoilage. In industry, it can be used in a self-healing polyurethane paint coating. In medicine, it may be useful in bandages to reduce bleeding and as an antibacterial agent; it can also be used to help deliver drugs through the skin.

More controversially, chitosan has been asserted to have use in limiting fat absorption, which would make it useful for dieting, but there is evidence against this.
Other uses of chitosan that have been researched include use as a soluble dietary fiber.

Chitosan is useful in promoting tissue growth in tissue repair and accelerating wound-healing and bone regeneration.

Chitosan also can be incorporated into hydrogels and microspheres which demonstrate large potential in delivery systems for drugs, proteins or genes.

Chitosan has a strong positive charge helps it bind to fats and cholesterol and initiates clotting of red blood cells.Also can be used as food additive.

Chitosan is an ecologically friendly biopesticide substance that boosts the innate ability of plants to defend themselves against fungal infections, also can be used as soil improvement agent, seed treatment and plant growth enhancer.

Chitosan's strong positive charge allows it to bind to negatively charged surfaces such as hair and skin which makes it a useful ingredient in hair and skin products.

The chemicals we produce and supply are mainly used for printing inks, coatings,paints, metallurgical industry,food industry,ceramics and other industries.

With 25 years' development, Herrman had got a good reputation on the world market.

Under strick ISO controlling system, we promise our quality to our customers.

The full range of materials can meet customers' different demand and be the one-stop supplier.

Herrman are ready to do the best for you all. 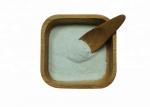 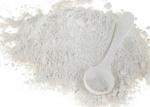 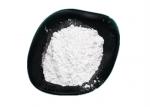