The Slewing Drive, also called slewing ring bearing, is a kind of product able to withstand large axial loads with very low speed. And depending on the type also are well suited to absorb tilting moment. Slewing rings are available in industrial models, in which the rings are made from forged steel and hardened ball tracks are also implemented. As technology has improved, more slewing drives are using hourglass worm technology, in which the worm is shaped to engage more teeth in the gear. This increased tooth engagement results in greater strength, efficiency and durability.The slewing drive uses standard worm technology in which the worm on the horizontal The speed ratio of the shaft depends on the relationship between the number of threads on the worm and the number of teeth in the worm gear or gear. They are standardized products for specific industries such as the solar industry and mobile applications such as excavators. The worm are powered by an electric motor or hydraulic motor, whether or not combined with an additional planetary gear box, worm gear box etc.

Installation of the Slew Drive

3. The slew drive shall be mounted in unloaded condition.

4. The following procedure shall be followed in order to avoid deviations between bolt tightening forces. 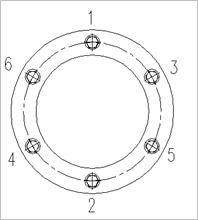 1. First completely torque inner or outer ring, then do the other ring.

2. Once the screw is tightened, please permanently mark the position of the screw head to that of the stationary structure. This will be used later during inspection to be sure the screw head has not unwound.

There are many applications where a rotary drive can be used, primary because it is well suited for applications that require load to maintain power and rotational torque.

Changzhou Hangtuo Mechanical Co., Ltd is a high-tech enterprise integrated with research and development, production and sales. We focus on the research and development of slew bearings, high-precision slew drives, and planetary gear motors. We are committed to provide customers with reliable, diversified, high-quality and customized solutions.

Our products are widely used in solar photovoltaic, photothermal, satellite, robot, engineering machinery etc. We will always devote to continuous product improvement and the implementation of strict quality control standards, and will continue to strive to meet the growing needs of customers. 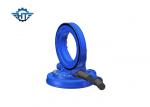 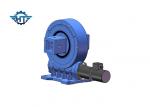 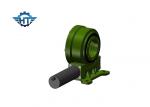